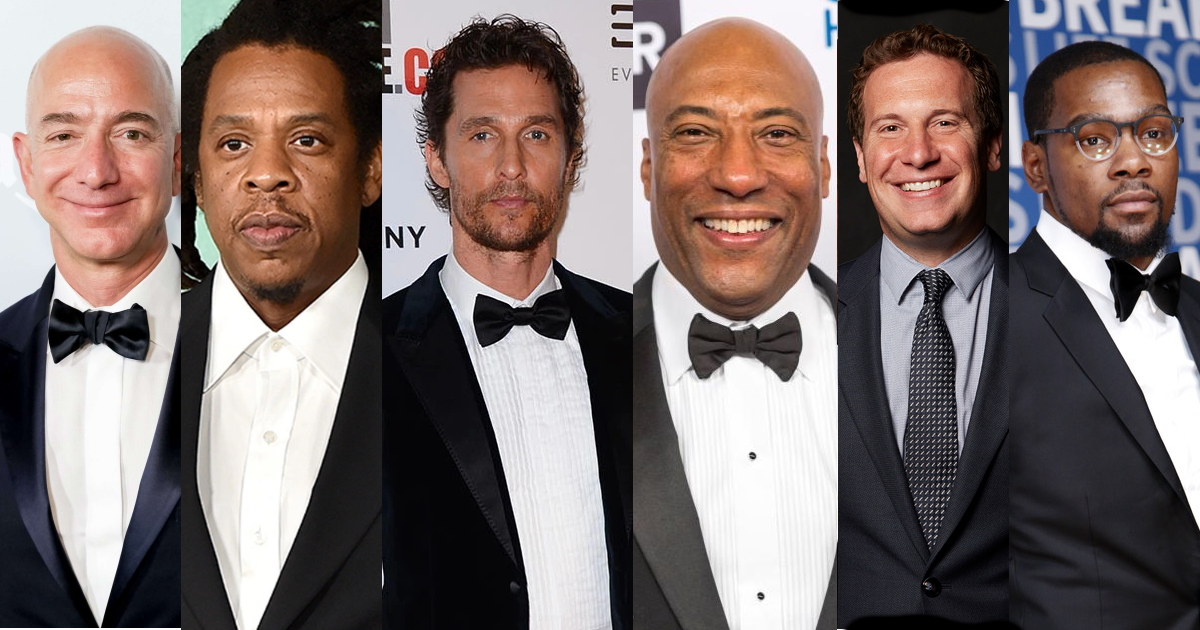 According to several reports, the Washington Commanders are a football franchise searching for new ownership. Or so it seems after the team announced they’d hired Bank of America Securities to assist in any “potential transactions” last week.

Since that time, the world has evolved into a place where billionaires, music-makers, athletes, and movie stars are lining up at the chance to make a bid to own the Washington Football franchise. A franchise that would sell for somewhere near $7 billion, given the current value and market.

Commanders announced that Tanya and Dan Snyder have hired Bank of America Securities to explore the sale of their franchise. pic.twitter.com/segaWzHyQP

One potential buyer, Amazon’s Jeff Bezos, has made a point to let everyone know he’s interested in owning an NFL franchise and lives in the area. One detraction for Bezos is that Daniel Snyder absolutely hates the Washington Post, a publication Bezos also owns. Throughout the name-change saga, the Post was always viewed as wielding the torch against Snyder. But, of course, there are seven billion reasons all could be forgotten as well.

On the other hand, if Bezos is someone Snyder is unwilling to deal with, the line of possible suitors grows by the day. So far, Bezos, rapper Jay-Z, media mogul Byron Allen, actor Matthew McConaughey, basketball superstar Kevin Durant, and mortgage executive Mat Ishbia are all names that have been linked to the process. In addition, separate media outlets have reported a faction has started to take form, with Bezos, Jay-Z, and McConaughey in the mix.

The New York Post cited an unnamed source: “Matthew has always been a huge fan, and his ties with the team go way back. They support his foundation, and he’s good pals with Dan Snyder — he and [supermodel wife Camila Alves] were on Dan’s yacht over the Super Bowl last year.”

Mat Ishbia is a former basketball player at the University of Michigan State who is also the president/CEO of United Wholesale Mortgage. He’s this group’s third billionaire and most likely the least known involved.

“The NFL is a great league, and Washington is one of the elite franchises,” Ishbia said in a statement issued to The Washington Post through a spokesperson. “I am interested in exploring this opportunity further in the very near future.”

Byron Allen may know the most about this process, having already gone through it earlier this year when a group he headed officially made a bid on the Broncos. Allen is trying to become the first African-American owner in National Football League history.

The Cost Of Owning An NFL Franchise

The cost of owning an NFL franchise has ballooned since Snyder paid $750 million for the team in 1999. In fact, Washington has seen its value go up 81% over the last five years despite poor attendance and investigations off the field. The Walton-Penner group secured the bid to own the Denver Broncos when it went to auction with a $4.65 billion offer this past June after being valued at $3.2 billion last year by Forbes, which is more than double the price David Tepper paid for the Carolina Panthers ($2.275 billion) in 2018.

Forbes recently ranked the Commanders eighth among all sports franchise’s in value at $5.6 billion. Interestingly, the Washington Football Team took a massive tumble down the richest list in 2021 when they ranked 19th with a $3.2 billion valuation, meaning the franchise value jumped 60% in one year after the rebrand.

Of the six names mentioned so far, here’s what they’re currently worth:

This post will be updated if/when more possible buyers come into the fold.