Sam Huff and Sonny Jurgensen | Brothers of the Redskins Legacy 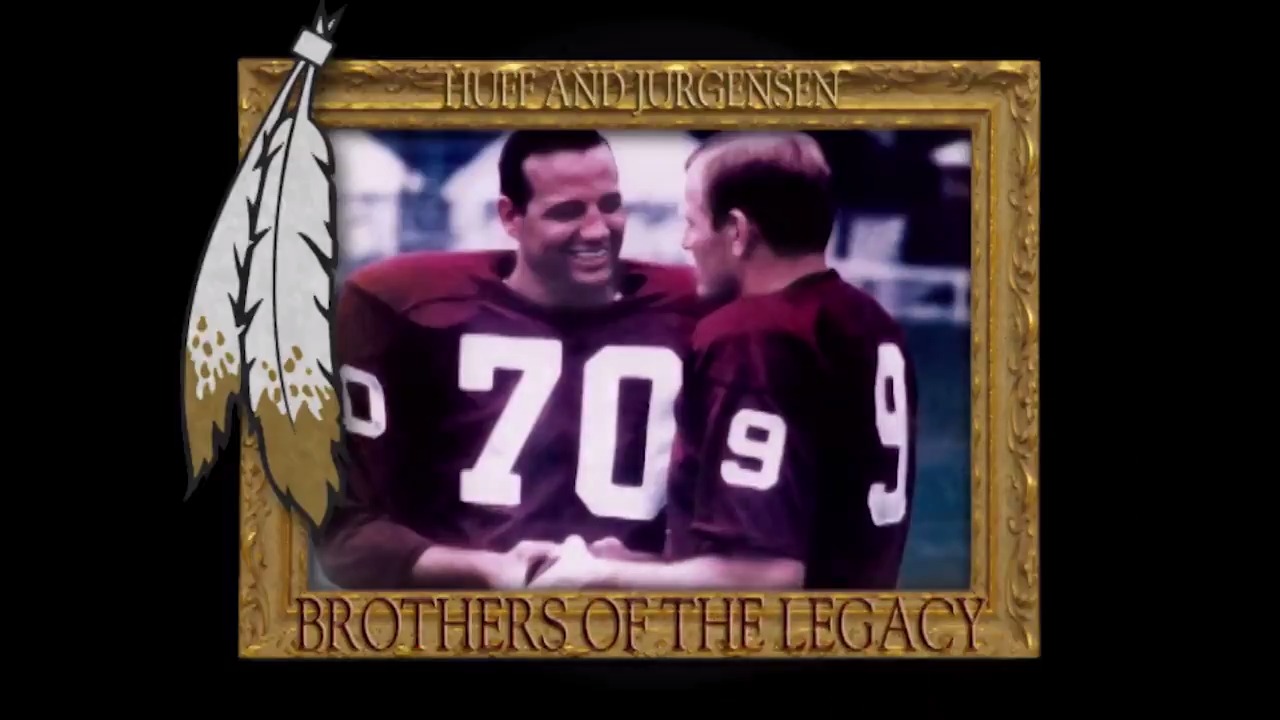 Sonny Jurgensen and Sam Huff represent the very thing it means to be ‘Brothers of the Redskins Legacy.’

UPDATE: This was originally published as a four-part mini-series on NBC4 in Washington but has been updated with a video with all four parts pieced together. The article was written in four smaller parts at the time but has been condensed into this version… that said, here’s the four-part feature (FULL video below).

Brothers Of The Legacy

Part one features an introduction, a look back at Sam Huff’s early days in West Virginia and Sonny Jurgensen’s youth in North Carolina through his days with Philadelphia.

The second segment of Brothers Of The Redskins Legacy is a documentary about the friendship between Sonny Jurgensen and Sam Huff. In this installment, Jurgensen and Huff establish themselves in the NFL, then suddenly find themselves traded. Should you ever have the occasion to talk to Huff for a bit, you’re all but guaranteed to hear about him doing one or both of the following things:

In the third installment of the Brothers Of The Legacy documentary, Sonny Jurgensen and Sam Huff continue to play at a Hall of Fame level, and their peers offer up testimonials to their awesomeness. Plus, an entertaining retelling of Huff (and the Redskins) humiliating the Giants for trading him; Huff’s visible glee — even all these years later — at the firing of Giants coach Allie Sherman cracks me up every time. “He talks about it every day,” Jurgensen says, and he’s not lying.

I think the high point for me, though, is the play-by-play guy calling Jurgensen’s first game against the Eagles. Not only does he repeatedly refer to the quarterback as “Jurgy,” but he unleashes this SportsCenter-Esque description of a pass: “Sonny hurls a honey to Bobby Mitchell, and it’s a touchdown, Washington!”

Vince Lombardi’s tenure with the Redskins was too short by any measure, but especially so if you ask Sonny Jurgensen. He says as much in this installment of Brothers Of The Redskins Legacy; he says it when asked about the Broadway show Lombardi … it’s something Jurgensen clearly feels. Lombardi, he always says, made the game simple for him — and the statistics show it. Under Lombardi, Jurgensen had one of his best seasons as a pro, completing 62 percent of his passes for 3,102 yards in just 14 games — the last time in his career that he would break the 3,000-yard plateau.

And that’s what this fourth installment of the documentary covers: not just Sonny Jurgensen and Sam Huff, but the coach who reignited both their careers: Vince Lombardi.

For me, this is the best part of the entire Brothers Of The Redskins Legacy documentary. Yes, I know that Sonny Jurgensen was one of the greatest quarterbacks ever to play the game. I understand that Sam Huff was similarly one of the best, most violent linebackers in league history. But I never got to see it, and watching it now is about learning or trying to understand a past fact.

However, Sonny and Sam have been part of the Redskins radio broadcasts all my life. THAT I recognize. So seeing the early snippets of their separate media work, watching Frank Herzog and Larry Michael explain what it’s like being in the booth with them, getting a look at them while the game is going on in … that’s something that hits me on the visceral level.