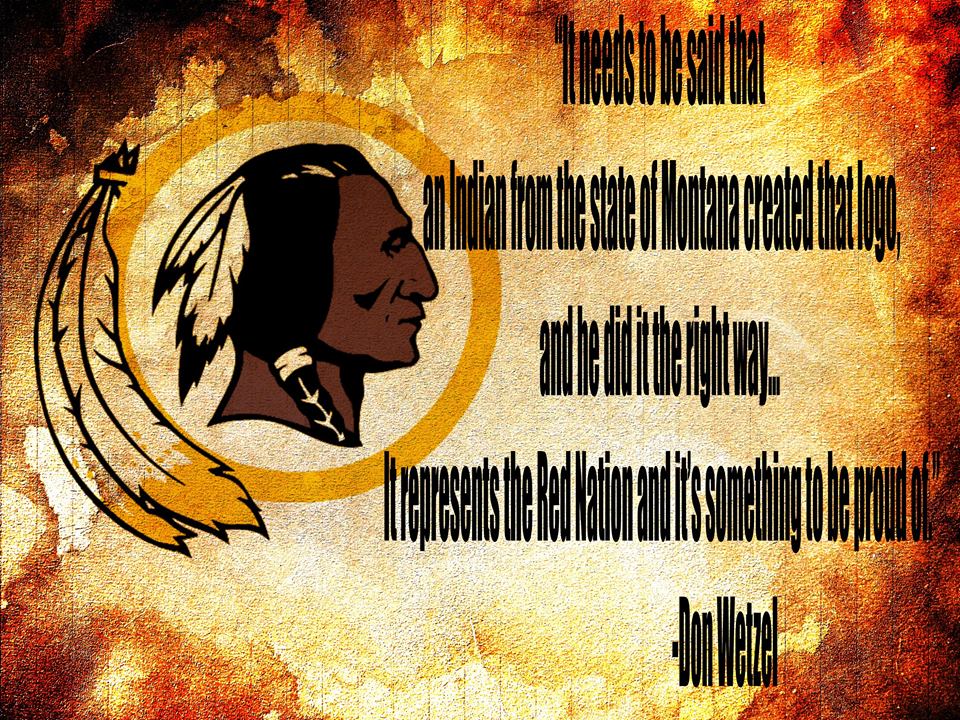 Over the past few years, the name of the Washington Redskins Football team has come under attack by many groups, including portions of the government and media. The claim these individuals have is they say the team name itself has historical beginnings as a derogatory or racist tag and that it offends Native Americans, even though the latest conducted voting polls of Natives prove otherwise.

What has become shockingly clear is that the media nor the government seems interested in the opinions of those who support the team name and view it as a badge of honor and respect. I believe this is because those who have openly opposed the name ultimately have a ‘PC’ or politically correct agenda at hand and don’t want the other side of the story to get out. Since my opinion may be considered invalid, I sought out Native Americans who support the name and are willing to speak on it. In the coming weeks, their voices will be heard here at HTTR4LIFE.com.

Today we will start with Mark One Wolf, Janine Vandenberg, Tony Chavis, and Billy Williams. Each took part in a podcast directed by our friend IronSkin (from Arena Radio) on Wednesday night aimed at promoting the true meaning of the word “Redskin” as well as conversing over what it means to each of them. These four are part of the Facebook group “NATIVE AMERICAN REDSKINS FANS,” a group of Natives only that was founded by Billy Williams.

Each of their stories is unique on its own as Mark One Wolf, an Apache Indian, spoke on saying that ‘each tribe views things differently.’ What all four of these individuals agreed on was the unifying spirit of the team and how they didn’t view the term “Redskin” as any sort of negative terminology. Janine Vandenberg spoke of how fellow fans of the burgundy and gold or ‘Redskins Nation’ have become her family, regardless of their skin color or opinion. Tony Chavis said he viewed each Sunday watching the Redskins as “winning the lottery” and that he has never felt that the name was racist. The group spoke on the terminology of the name as well as the accusations that the term “Redskin” was first used in the “scalping” days by whites and Europeans.

In the next few weeks, you will hear more from this group and a growing list of other Native Americans who want their voice to be heard. If you are Native American and want your voice heard, contact us by clicking HERE.

Take a listen to the podcast below (which is broken up into a few parts…each will be listed here as soon as they become available on YouTube)…and remember to share this article with whoever you can so that we can get the voices of these Natives heard. Redskins photos courtesy of Janine Vandenberg.

In May of last year, another Native American, Robert “Two Eagles” Green, who retired from his presiding role over the 1300-member Patawomeck Tribe in March of that year, spoke on an NFL Sirius Radio show. Green said he would be offended IF the name is changed.  The story didn’t receive much publicity, but Green’s quotes point to the origin of the name.

“I think that first of all, you have to make a decision whether you consider it offensive or not, and frankly, the members of my tribe, the vast majority, don’t find it offensive,” Green said. “I’ve been a Redskins fan for years and to be honest with you, I would be offended if they did change it.”

“Now, our investigation into the term goes back pretty far – to 1608 – when John Smith was traveling from Jamestown to meet with the Indian people, and he remarked in his diary that when they’re born, they’re as white as we are. It’s only as they age that their skin darkens.

“And we believe that that was a reason for that. We use a bug repellent, for lack of a better term, that was made up of animal fat and the dye of the Puccoon plant. And coincidentally, the Puccoon dye, when it’s crushed and dyed, is red. And so for years, the Indian people were rubbing this red dye into their skin. And some of the other early settlers remarked that their skin turns red. So, was that a comment meant to denigrate the Indian people? I don’t think so. I don’t think the name was created by George Preston Marshall to be offensive.”

“And if you look at the logo, there’s nothing offensive about the logo. I think one of the great things about the logo is that it’s an Eastern Indian, and they didn’t go to the full warhead headdress and things. It was never intended to be offensive. I think that sometimes, we’re a little too touchy in our society these days.”

Should the Washington Redskins Name be Banned From Radio and Television?