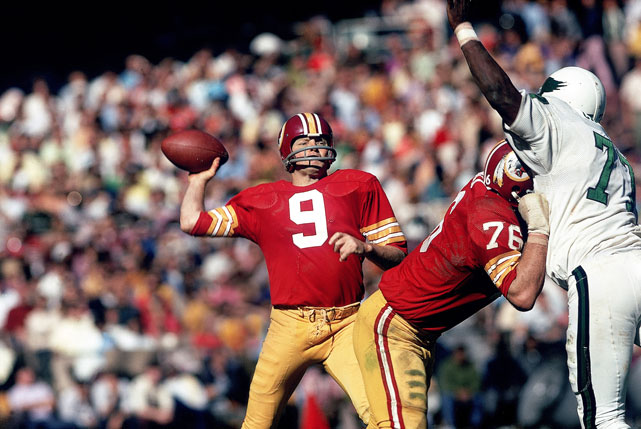 Did You Ever See Sonny Jurgensen Play?

Christian Adolph Jurgensen III, better known as just Sonny, is a former quarterback for the Philadelphia Eagles and Washington Redskins. He was inducted into the Pro Football Hall of Fame in 1983. After retiring from the Redskins following the 1974 season, Jurgensen began another career as a color commentator, initially with CBS television. Later teaming with Hall of Fame linebacker Sam Huff, Jurgensen continued to cover the Washington Redskins on radio until August of 2019 when he finally retired.

Hail to Sonny and Hail to the Redskins!