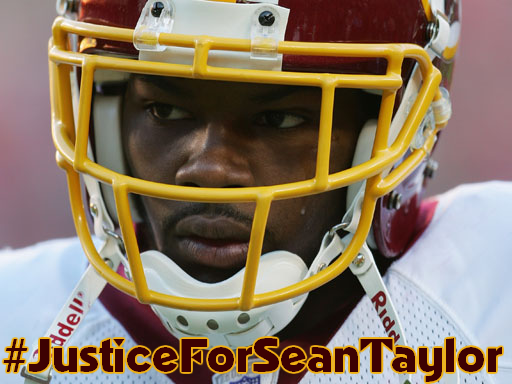 After being the first to confess to his role in the murder of Washington Redskins star safety Sean Taylor back in 2007, Venjah Hunte has finally been sentenced to 29 years in jail.

Hunte was the individual who drove the group of teens to Taylor’s house for a planned burglary on November 27, 2007. The situation turned tragic when the group found that Taylor was at home.

Hunte pleaded with Miami-Dade circuit court judge Dennis Murphy to reduce his previously agreed upon sentence. Murphy saw no reason to reduce the sentence that originally came with the agreement that Hunte would testify against the other teens.

Over time Hunte proved to be a difficult witness and was never called in any case. Hunte tried to withdraw his plea claiming his lawyer misguided him, he later backed down off of that claim.

Eric Rivera was convicted of murder in a 2013 trial and was sentenced to just over 57 years in prison. Mastermind Jason Mitchell is doing life in prison after his conviction. Timmy Lee Brown, who was 16 at the time of the crime, pleaded guilty and is doing 18 years. Charles Wardlow accepted a 30-year prison term.

After nearly 8 years, the family of Sean Taylor can finally rest knowing justice has been served.