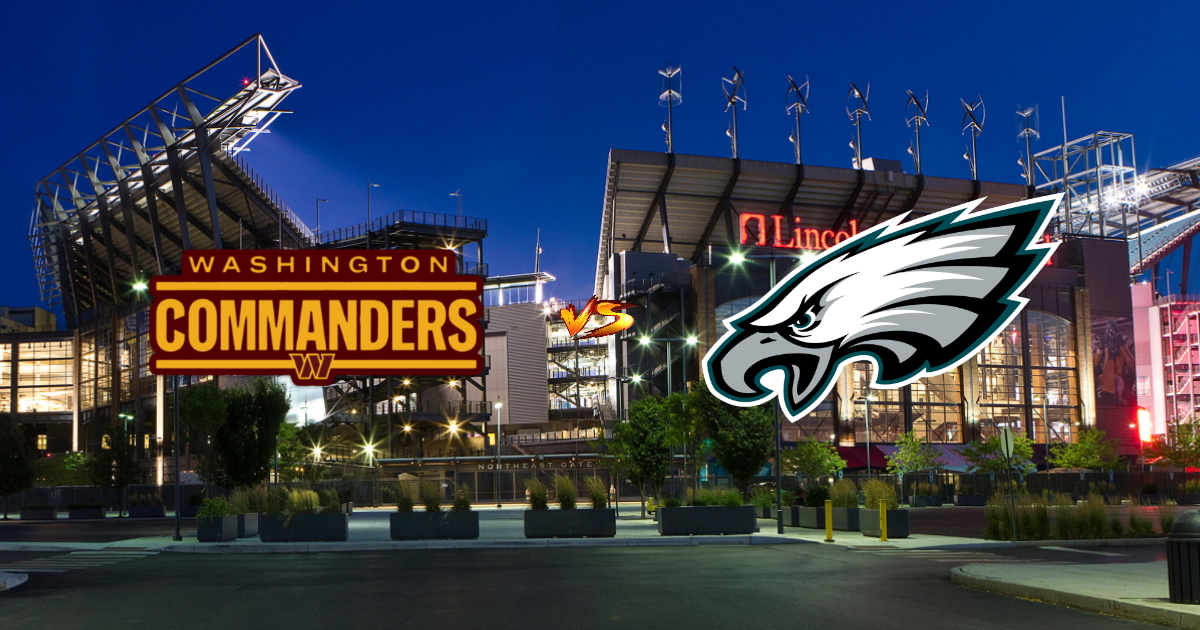 In Week Ten, the Washington Commanders (4-5) will travel to Philadelphia to take on the Eagles (8-0) in an old fashion NFC East battle on Monday Night Football.

Washington will be looking to get back on track against an Eagles team that is the last unbeaten in the NFL. It will also be Taylor Heinicke’s fourth game as the Commanders starting quarterback. The team has gone 2-1 over that stretch, and Heinicke, who is completing 63% of his passes, has thrown for 629 yards and five touchdowns to go with three interceptions. He’s also carried the ball 12 times for 50 yards and a touchdown.

This week’s injury report has a few names you’ve likely seen here before for Washington, as LBs Cole Holcomb (foot) and David Mayo (hamstring) will be out, along with RB J.D. McKissic (neck). Center Tyler Larson (back) and guard Andrew Norwell (groin) are listed as questionable.

For Philadelphia, cornerbacks Josh Jobe (hamstring) and Avonte Maddux (hamstring) will both be out.