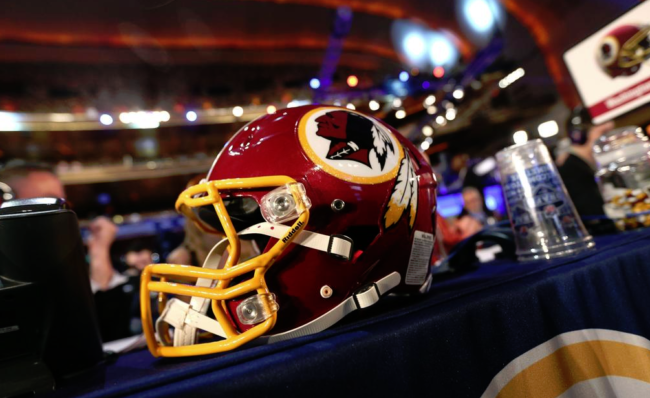 The Washington Redskins dropped their tenth game of the season against the Green Bay Packers this past weekend. Double-digit losses are never a good thing for any team, especially not one whose Team President openly stated earlier this year that they “we’re close.” One thing the Redskins are genuinely “close” to is the top-five draft pick status they’re about to achieve by finishing near the bottom of the league this season.

As of right now, only the Cincinnati Bengals and the New York Giants sit ahead of the Redskins in terms of the overall draft order. With several draft needs, the Redskins desperately need to be as high on that list as possible. They still have one head-to-head matchup with the Giants as well as games against the Philadelphia Eagles at home and the Dallas Cowboys on the road. While the Giants will play the Miami Dolphins, the Redskins, and then close the season with the Eagles at home. Currently, all signs point to the draft order not being known until after week 17.

In the case of a tie, the first tie-breaker would be strength of schedule, then head-to-head record. The Redskins lost to the Giants in their first meeting this year but beat both the Dolphins and Lions as well. All the teams who are currently listed in the top-five draft status conversation are coupled together in the rankings; the Redskins are listed below every team, which means they would lose that first tie-breaker in every situation if the season ended today.

Washington Redskins defensive back Simeon Thomas has been suspended without pay for the next four regular-season games for violating the NFL’s policy and program on substances of abuse. The suspension begins immediately. He will be eligible to return to the team’s active roster following the first regular-season game of the 2020 season. If you would like to take a look at the 2019 NFL Playing Rules click HERE.