The Washington Redskins and a Manufactured Fight Over Honor and Racism

The name ‘Redskins’ is meant to honor the Native American. In 1932 the National Football League awarded George Preston Marshall and the city of Boston an expansion franchise. In the early days of the NFL, according to Hylton,

“It was common for new expansion teams to adopt the identities of their hometown baseball team and since Marshall’s new football team was to play their home games at Braves Field, home of the National League’s Boston Braves, it made sense for Marshall to name his football team the Braves”

However, the very next season Marshall was faced with a dilemma. Hylton writes:

“Sometime between March and July of 1933, Marshall and the owners of Braves Field failed to reach an agreement to renew the team’s lease for the upcoming season. Now free to negotiate a lease with Tom Yawkey, the new owner of Fenway Park, Marshall did so, and both agreed to move the team there for the 1933 season. Given that his team was no longer going to play in Braves Field, it would have been confusing for the team to have retained the Braves name; consequently, Marshall decided to change the name of the team. It is clear that Marshall wanted to retain the association with Native Americans, particularly given the hiring of Dietz, who had already begun to recruit Native American players for the team. Eventually, six different Native Americans, most of whom had played for Dietz at Haskell, suited up for the 1933 edition of the team. With “Braves” now out as a team name, a logical substitute would have been “Indians.” However, it seems likely that name was being kept in reserve for the NFL’s Cleveland franches. Although the NFL Cleveland Indians dissipated after the 1931 season, there was most likely a general agreement that that “Indians” name should be reserved for the future use of a Cleveland franchise if the team was to return. Given these considerations, “Redskins” followed as a replacement name, which echoed the principle sounds of “Red Sox,” the baseball inhabitants of Fenway Park.”

Furthermore, another important way that the Redskins honor the Native American is by their famous Indian head logo. A logo that according to Kerry Byrne, a Native Historian, was designed after Tamanend.

“Also known as Tammany, [he] was a 17th century Lenni Lenape (Delaware Indian) sachem and confidante of William Penn. Tamanend’s influence on the colonies and the young America nation was so profound that he was dubbed the Patron Saint of America and holidays were celebrated in his honor.”

“Going back to the earlier discussion on Marshall choosing Braves as his original name to coincide with the National League’s Braves, it should be noted that baseball’s Braves owner, James Gaffney, was a “political operative and influential member of New York’s Tammany Hall. It is important to note that because Gaffney adopted Tammany’s likeness for his baseball uniforms. While playing at Braves Field the new NFL team adopted the same “Indian head logo of Saint Tammany.’

The history of Tamanend was recently talked of in the Boston Herald as well, here is a quote from their article.

“This is King Tammany’s Day,” wrote John Adams from Philadelphia on May 1, 1777. “The people here have sainted him and keep him to this day.”

The ragtag Continental Army at Valley Forge “spent the day in mirth and jollity … in honor of King Tammany,” wrote George Washington one year later.

“Many [colonists] regarded the story of Tamanend a fitting symbol for their ideals of freedom,” wrote Joseph Norwood in his 1938 book, “The Tammany Legend.” “He was promptly given the name of Saint Tammany, patron of America.”

In reality, the name Redskins, like every sports nickname, is a tribute. In this case, it’s a tribute to a great American who had a profound influence on the young nation.

The American ideals of a human right to ‘life, liberty and the pursuit of happiness’ spring chiefly from original American sources,” wrote Norwood. “These ideals are therefore so distinctively native to the soil that they should be known as the first Americans knew them, by a name that completely symbolizes them. This name is Tamanend.”

It’s no small irony that the PC police now want to wipe from history a public tribute to this influential Native American merely because of the color of his skin.

Although that is a small sample of the Indian population, ninety percent is an astounding number. The media is leading a charge to convince the public that ‘redskin’ is offensive to all Native Americans and that the term has always been offensive.

In a personal interview with Regina J. Zuni, a member of the Isleta Pueblo Tribe in New Mexico and a fourth generation Redskins fan, she said:

Recently many high schools who use the name have been under attack as well. One such school, Wellpinit High School, on the Spokane Indian reservation, voted to keep the name recently (the news story is above).

One has to wonder why she has an issue with a team name hundreds of miles away, but for some reason, a high-school, which has a Native American enrollment rate of 99.3%, still uses the name in the same state she lives in….and PROUDLY!!

Opened in 1947, the Redskin Theatre is located in downtown Anadarko, Oklahoma.

Furthermore, located in a town called Anadarko, “Indian Capital of the Nation,” Oklahoma (the town has a 41% Native population), is the Redskin Theatre.

Redskin is still used by Native Americans today as a use of honor and remembrance.

Another argument against the Redskins name is Indian activists and members of our government claim that ‘redskin’ is a slur just as offensive as the n-word and that is why the Redskins should change their name. To back such a claim, ‘redskin’ would have to have a similar historical context as the n-word.

Calvin Fogle writes that “The racial slur “n***er”, which is considered by many to be one of the worst racial epithets in the United States, if not the worst from a historical and socio-political standpoint. The n-word terminology has always been identified with slaves and the mistreatment of blacks in our country, and to this day is still recognized as the most heinous word in the English language. The Merriam-Webster Dictionary states in their on-line description of “n***er,” “a member of a socially disadvantaged class of people” and “it now ranks as perhaps the most offensive and inflammatory racial slur in English.”

The same cannot be said for ‘redskin.’ While the “offensiveness” of a racial slur is purely subjective and each slur carries their own weight, the argument that ‘Redskin’ is just as offensive as the n-word is one that doesn’t work. ‘Redskin’ doesn’t have the same historical context that the n-word does, and there are not any facts to back such a claim. The fact that there is even a debate as to whether ‘redskin’ is even a slur in the first place is proof enough that the two slurs are not equal. Let alone the fact that no African-American has EVER referred to themselves or other African-Americans as “n****ers…but MANY Natives have called themselves ‘redskin’ though…and with honor. Some may point to African-Americans who use the term ‘nigga’ towards their own friends. That reference, although not fully accepted by the older African-American race, is a term that is defined by the urban dictionary as follows:

Nigga is a word which evolved from the derogative term “n***er”.

– Tupac Shakur best defined the distinction between the two.

“N***ER- a black man with a slavery chain around his neck.

NIGGA- a black man with a gold chain on his neck.”

While I am certainly sympathetic and have tremendous empathy for those that have been discriminated and disparaged against, the Washington Redskins should not be bullied into changing their name by a few activist and our government.

The fact of the matter is the Redskins are not discriminating or disparaging. The American public should not be brainwashed to fit a political agenda over something that is simply debatable at best. Yes, there are Native Americans that are offended by the Redskins name. However, plenty are not. Do the voices of those not offended, not matter?

There are Native Americans that believe Redskins is honor, tradition, and pride, see Red Mesa High School. If we remove all Native American logos and sports nicknames, then we will also be removing the American Indian from our every day conscious. A great quote from an article on HTTR4LIFE.com states that Melvin Phillips, a full-blooded Oneida Indian, said: 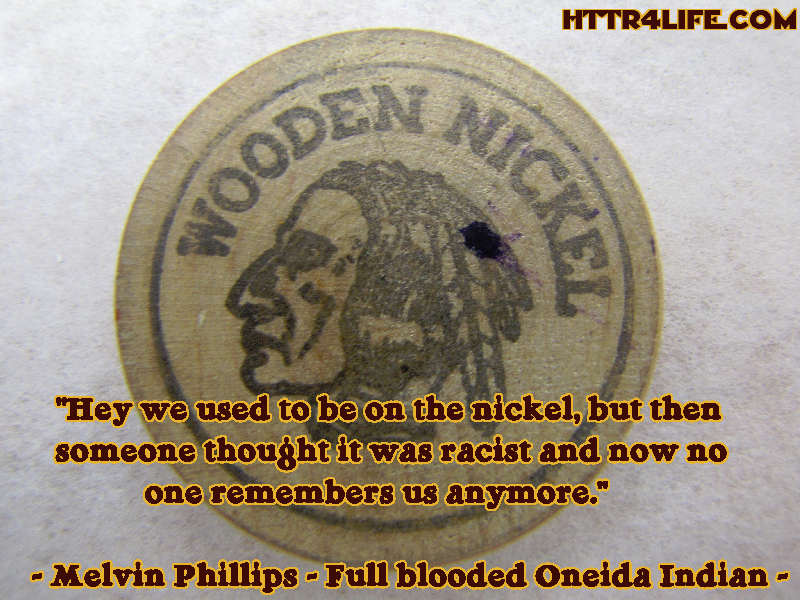 “Hey we used to be on the nickel, but then someone thought it was racist and now no one remembers us anymore.”

Perhaps that is the government’s goal by pursuing this fight instead of focusing on the many pressing issues that plague Native American Reservations. Sports are a release for the American sports fan, Native Americans included. Sports fans love and honor their teams and players.

Sports, if done respectfully, can honor the great Native American long thought to be forgotten. Despite the insane amount of controversy surrounding my beloved Washington Redskins, I still watch every game with the innocence of that eight-year-old boy.

The Washington Redskins and a Manufactured Fight Over Honor and Racism

Check us Out on Other Platforms