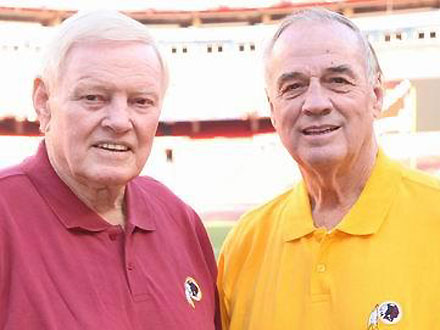 Brothers of the Legacy – Sonny and Sam

“Brothers of the Legacy” chronicles the enduring friendship of two of the Washington Redskins’ most revered legends: Hall of Famers Sonny Jurgensen and Sam Huff. The documentary covers each man’s early life, their playing time with the Giants (Huff) and the Eagles (Jurgensen), their surprising trades to the Redskins, and the friendship that developed between them as teammates. It also covers their magical season under Vince Lombardi and, of course, their years as broadcasters for the Redskins.