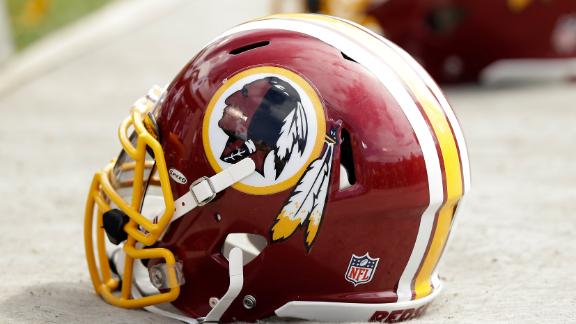 With another dismal Washington Redskins season almost in the books, it’s time to look ahead to the 2014 season. The question on everybody’s mind at this point, of course, is what coaches will return next year…stayed tuned as that story continues to unfold. For now, we will just look at the roster.

The Redskins returned 21 of 22 starters from the 2012 team that won the NFC East, although that was done more so out of lack of choices with no cap dollars (thanks to the second round of 18 million dollar penalty’s). The 2014 Redskins will be a completely different team altogether with an estimated 30-40 million in cap space at their disposal.

The main issues the team has faced all year are; lack of talent along the offensive line, lack of quality receivers, lack of a consistent pass rush, lack of quality secondary players (cornerback and safety) and an overall lack of depth that has made the Redskins 2013 special teams unit look anything but special. Add the issues Robert Griffin III has had coming back from major knee surgery, and you can visualize the problems this unit has faced this season (still no excuse for the current 3-10 record, but I digress).

First things first, I believe that London Fletcher will retire this year, which will open up a lot of cap dollars but will also leave a hole as Fletcher is the heart and soul of the entire team. Fletcher is not the player he once was as it’s easy to see he has lost a step, and for good reason, he is 38 years old which is an age most NFL players never see while still playing.

The Redskins pending free-agents are as follows (the names in red will likely not be returning):

Santana Moss – The “Cowboy Killer” may be finishing up his last season in the burgundy and gold as the team will in all likely-hood look for a younger slot receiver in free agency or the draft. Moss will be entering his 14th season in 2014 and may even retire…what’s sad here is that he could have been one of the premier slot receivers in the game for years had the Redskins used him in that role instead of trying to force feed him into the number one receiver spot for years.

Rex Grossman – 2013 will likely be the last season Rex Grossman plays in the NFL no matter who the coach of the Washington Redskins is.

DeAngelo Hall – Hall is having perhaps his best season as a pro at the age of 30. After taking a much smaller contract in 2013, the major factor in DeAngelo returning may, in fact, be the price tag he holds. At the age of thirty this will likely be Hall’s last contract coming up, and even though he has said winning means more than money to him at this point, it remains to be seen if indeed that is true coming off a potential pro-bowl year.

Darryl Tapp – Tapp was signed to provide depth to a linebacker unit most viewed as being strong, if he is looking for league minimum money then a return to the team could happen.

Reed Doughty – I personally love Reed Doughty, but I have wondered for years how the guy continues to make the team…I think this will be the end of the road for Reed.

Josh Wilson – Wilson has been inconsistent almost his entire time in DC, and at times this year, he’s been horrible. I think the Redskins will look to replace him in the starting lineup with David Amerson next season and possibly bring in another corner via free agency.

Brandon Meriweather – The time for the Redskins to get new safeties is now (although I believe Phillip Thomas is deserving of a shot next year)…Meriweather can’t stay healthy, and NFL referees watch his every move as well making him a target for flags…something the Redskins need to cut back on in order to be successful is penalties.

Bryan Kehl – Kehl was having a decent special teams year before he was injured, but the team will look to Keenan Robinson or perhaps draft another linebacker for depth next year. The reality of it all is that London Fletcher may retire leaving a huge hole in the middle…if that happens, the Redskins will look to the free agent pool for an inside linebacker capable of starting.

Fred Davis – Can’t see Fred coming back next year after the disappointment that has become his career in DC and the emergence of Jordan Reed in 2013.

EJ Biggers– From the small amount of play I’ve seen from Biggers he appears to be a less skilled DeAngelo Hall…a poor man’s version if you would. The secondary is likely where the Redskins need the most work and nickelback is a glaring need that I don’t believe Biggers is capable of filling in Washington.

Rob Jackson – I’m going to say Jackson comes back next year but that hinges on who the coach may be and just what type of defense he runs.

Brian Orakpo – Brian Orakpo’s contract status has been a question mark all season, but I believe it would be a mistake to let Orakpo go. I also believe Orakpo is being wasted dropping back in coverage, his greatest strengths are seen when he lines up with his hand in the dirt…it’s no surprise to me that his biggest sack season came in his rookie year while playing as a 4-3 defensive end.

Perry Riley – With the likely retirement of London Fletcher on its way, Riley is an extremely important part of the defense moving forward. Riley is the team’s leader in tackles this season and is slowly but surely emerging as one of the teams, overall leaders.

Aldrick Robinson – Robinson is more so a one-dimensional type of receiver with so-so hands and has been inconsistent the entire time he has been in Washington. The Redskins will look to upgrade this position all the way around the board.

Chris Baker – Baker is a player that I view as on the borderline of making the team…his roster spot may depend on what defense the Redskins field in 2014.

Players who are under contract but will likely be cut:

Josh Morgan – Morgan has never really blossomed the way coach Mike Shanahan thought he would when he signed him in 2012, and he likely never will. The Redskins can save $6.4 in cap money by releasing him, the fact that Morgan is a Washington native could mean he may be willing to sign back with the team for less money…if so that would be the only way I envision him on the roster next season.

Tyler Polumbus – This guy is horrible, I’m not sure how he is even on an NFL roster much less a starting right tackle. I’ve seen stats from sites such as PFF (Pro Football Focus) that try to show that Polumbus is good. This is one of the situations were numbers do indeed lie as he doesn’t pass the eye test during games, at least not from this writer who has watched/played football for over 30+ years. The Redskins need to sure up the right side of the line to protect the investment they have in Robert Griffin III, Polumbus is FAR from being that guy.

Sav Rocca – Do I need to even type anything here? Rocca is the worst punter in the league, on the worst special teams unit and he’s 40 years old….time to go a different direction.

Players on the bubble:

Adam Carriker – Carriker hasn’t been able to stay healthy as of late after losing his 2012 season early on due to injury he has missed the entire 2013 season recovering from setbacks. The Redskins could save 4.7 million in cap room by releasing him and already have Jarvis Jenkins to replace him at defensive end.

Kory Lichtensteiger – The interior line of the Redskins leaves a lot to be desired, Lichensteiger is not the long-term answer at this position, much like Chris Chester he is a cheap journeyman guy who happens to fit Mike Shanahan’s zone-blocking scheme. The thought of a dead cap loss of $2,200,000 and lack of a better replacement may be the only things that keep Lich on the team.

Chris Chester – Both of these starting guards need to be upgraded, perhaps with Adam Gettis or Josh LeRibeus, if they can step up…or perhaps with the help of free agency otherwise. The Redskins are great when running the ball, but they have no ability to pass protect. The term “finesse lineman” has been spewed often when speaking about the Redskins line (everybody right of Trent Williams that is)…to me that’s just a nice way of saying they’re good with the scheme, but horrible holding blocks on passing plays.

Will Montgomery – At first I hesitated to put Monty on this list, but facts are facts, the Redskins need an upgrade at center in the worst kind of way. Monty could be shifted to guard if Washington looks to upgrade the center position through the draft or free agency, the fact is he is better than both Lichensteiger and Chester.

Kai Forbath – A year ago most Redskins fans, including myself, thought we had finally found a reliable kicker in Forbath who made his first 17 kicks as a pro, flash forward a year, and here we are with an inconsistent guy and question marks again. Forbath will likely be back, but the Redskins should bring someone in to push him in camp.

That leaves the team with a core of 12 players to build on with lots of cap room and six draft picks (no first). Not to mention the Redskins have 49 players under contract (will be 46 if the three I listed are cut) heading into next year, so the depth issue should fix itself when the free agency period begins…expect some of the 2013 starters who remain on the team to become backups in 2014.

Below are the 12 “core” players that I believe the Redskins can build around going forward: