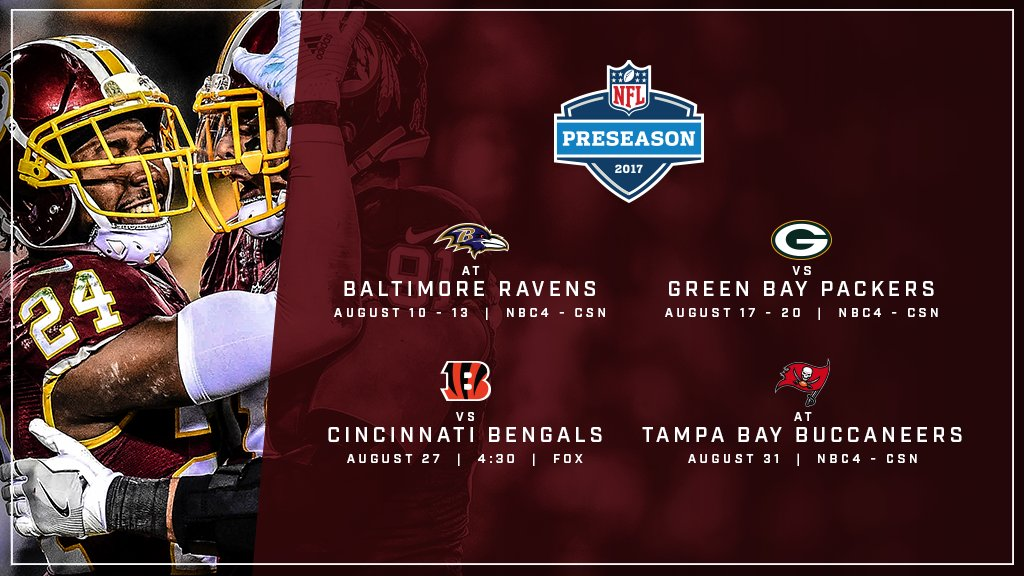 While the Washington Redskins are months away from getting back to football, after today, they know who and where they’ll be playing when the preseason does open in August.

The Redskins will open the 2017 preseason on the road against the Baltimore Ravens sometime between August 10-13. In week 2 Washington will play host to the Green Bay Packers at FedEx Field.

Week 3 of preseason gives Washington a game in which they know the starting time and date as the team will play the Cincinnati Bengals at home at 4:30 pm on Sunday, August 27th. The team will close out preseason by traveling to Tampa Bay to take on the Buccaneers for the sixth time in seven years.

The games against the Ravens, Packers and Buccaneers will be shown on NBC4 and Comcast SportsNet, while the Redskins week 3 match-up against the Bengals will be on Fox. The NFL will announce all specific dates and times next week when the league officially unveils the full 2017 schedule.