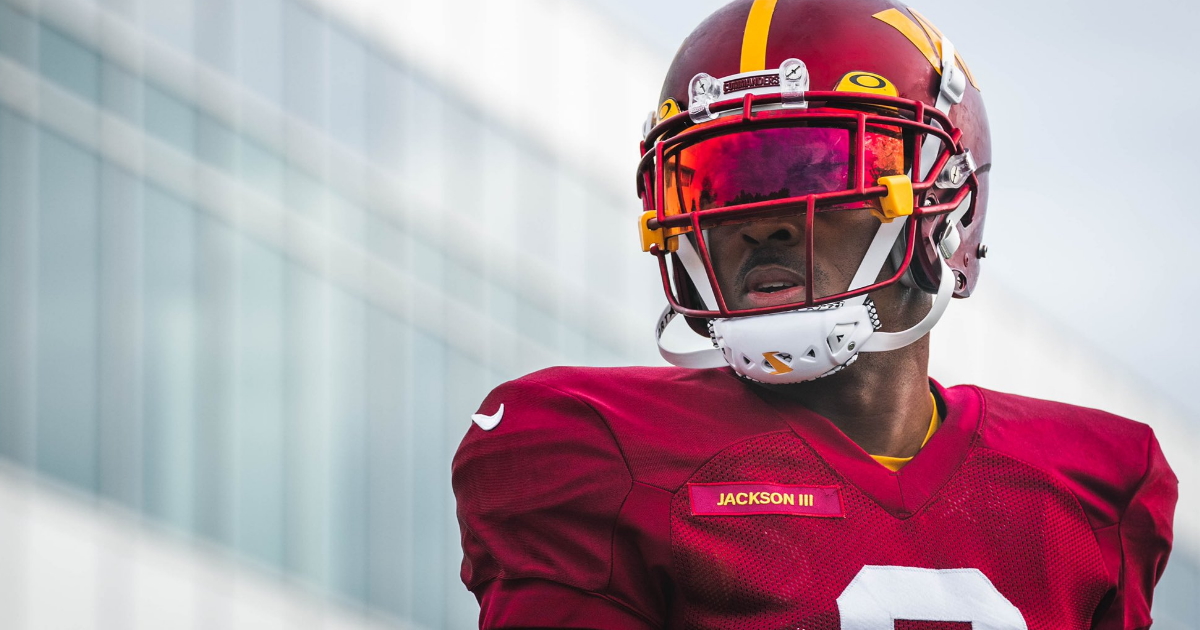 The Washington Commanders finally found someone willing to trade for cornerback William Jackson III. Tuesday afternoon, NFL beat reporter Ian Rapoport tweeted that Washington was close to reaching terms with the Pittsburgh Steelers on a trade that would send the 30-year-old Jackson to the AFC North.

Jackson signed a three-year, $40,500,000 contract with Washington in 2021 that included a $15,000,000 signing bonus, $26,000,000 guaranteed, and an average annual salary of $13,500,000. So Washington will have to eat nine million in dead cap on the move but would have been on the hook for the $15.75 million Jackson was scheduled to make next year. This means Washington will save $6.75 million for a player they were already considering releasing just Tuesday morning, according to reports at the time.

The move is a chance for a fresh start for both teams and WJIII, who was clearly a bad signing by Ron Rivera and company. Jackson has dealt with a bulging disk in his back for much of this season but has been improving as of late. The improvement added to the need to move on, as the team needs to sign someone who can fit the scheme and play for the rest of the season.

One could argue that William Jackson was never a good scheme fit for Washington after spending much of his career playing man-to-man In Cincinnati, while Jack Del Rio’s system has consisted mainly of tons of zone packages that have left Jackson in one uncomfortable situation after another. Most fans of the burgundy and gold have wondered why Rivera hasn’t dumped more money into the linebacker position. Truth is, they haven’t had it to spend after mismanaging the free agency process over the last two seasons.

It’s what happens for teams like Washington; when their needs overrun their means, they reach and overpay guys who aren’t true fits. Desperate people do desperate things.

"We didn't find the fit we were hoping to find."

In other news, Commanders head coach Ron Rivera’s mother, Dolores, has passed away. According to a statement the team released, she passed away peacefully Monday evening at her home, surrounded by family.