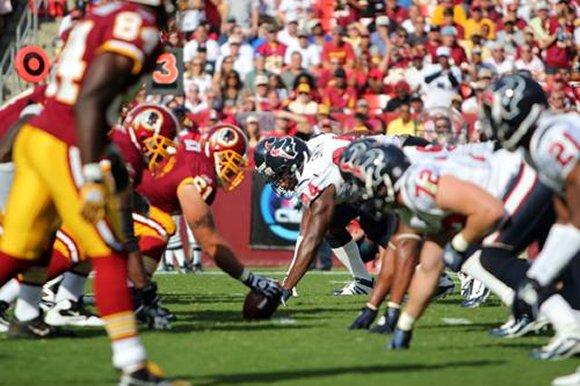 The Washington Redskins will end up on HBO’s ‘Hard Knocks’ series after all. The Redskins were reportedly being considered for the show last month before HBO decided to go with the Houston Texans.

According to multiple reports, the Redskins will have joint practice sessions with the Texans during training camp this year. Since Houston will be featured on ‘Hard Knocks’ that means HBO’s cameras will follow every move made during the sessions.

Fwiw: the Redskins and Texans will practice vs one another on aug 6, 7 and 8.

The Redskins will host the Texans at the Bon Secours Washington Redskins Training Center located in Richmond, Virginia on August 6-8. The Redskins hosted the New England Patriots last year before playing them in preseason.

The Texans had planned to practice in New Orleans with the Saints, but New Orleans pulled out after the Texans announced their participation in “Hard Knocks.”

‘Hard Knocks’ is an HBO reality series that captures the weeks of training camp that lead up to the NFL season. The TV show chooses one team each season to feature, last year the Atlanta Falcons participated.