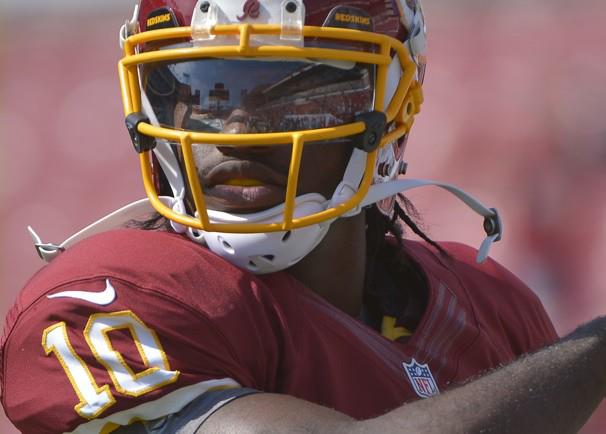 RG3 had the top Selling Jersey of All-Time

Washington Redskins quarterback Robert Griffin III not only ended the year with the best selling jersey in the league, more of his No. 10 jerseys were sold in the NFL this fiscal year than any jersey in league history. 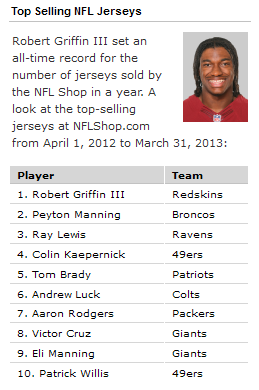 New Denver Broncos quarterback Peyton Manning came in second in jersey sales and sold the third most in a single year, undoubtedly boosted by the league’s new Nike apparel deal. Brett Favre’s Minnesota Vikings (2009) and New York Jets jerseys (2008) are the second and fourth best-selling jerseys in a single season.

We first reported this story back in December, but at that time had no idea of whether or not RG3 would be able to hold onto the claim of having the top sold jersey in NFL history or not.

RG3 is in the middle of one of the most media covered injury comebacks to date after injuring his knee last year, and his main sponsor, Adidas, is using him as their poster boy this year for their “All in for Week one” campaign.