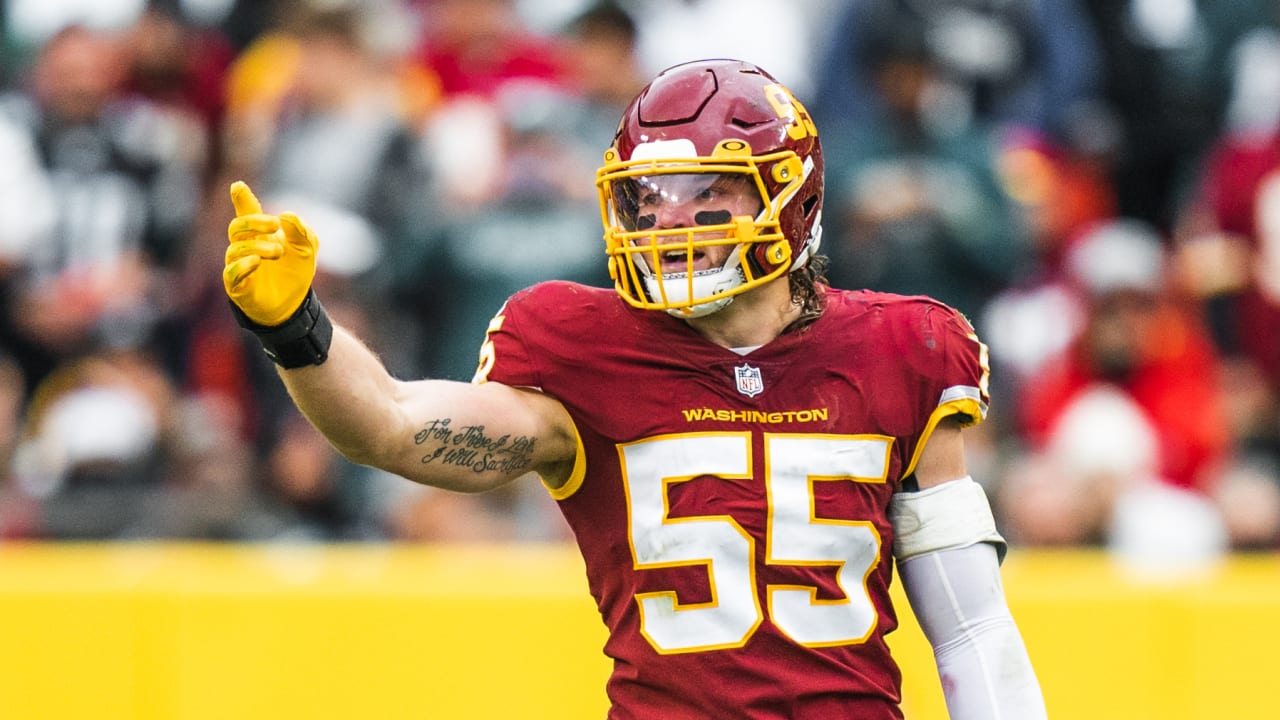 Cole Holcomb has been placed on the injured/reserve list with a foot injury.

On Friday, the Washington Commanders placed linebacker Cole Holcomb on the injured/reserve list. The move ensures Cole will miss at least the next four weeks. One thing to note, Washington’s bye week will fall into one of those.

When Commanders head coach Ron Rivera was asked about Holcomb being moved to the injured list Friday, his response was straightforward.

“Well, just hasn’t gotten better quicker, which we were hoping. So what we’re gonna do is, he’s gonna get a second opinion, and we’ll go from there.”

Holcomb hasn’t played since injuring his foot in the Green Bay game four weeks ago. The injury designation means this went from something minor to something major, as this injury will now linger into its second month. Before the injury, Cole was having what could easily be argued as his best season as a professional.

Washington was able to announce some better news, as LB Milo Eifler was activated from the injured/reserve list. Eiler hasn’t played since Week Four’s matchup against the Dallas Cowboys.

The Commanders will have to continue to rely on the ever-improving Jamin Davis, David Mayo, Khaleke Hudson, Eifler, and Jonathan Bostic to carry the torch at linebacker. Hopefully, Holcomb will be able to return down the stretch if this team makes a playoff run.

Young was activated this week and will attempt to play in his first game this weekend since injuring his knee last season and having surgery this past offseason.

“Well, we’ll have some moving parts, some guys that will be getting opportunities, and we’ll see how that works out.”

Rivera also said that Alex Erickson, Jahan Dotson, and Danny Johnson are all options to return kicks this weekend while Milne is out.