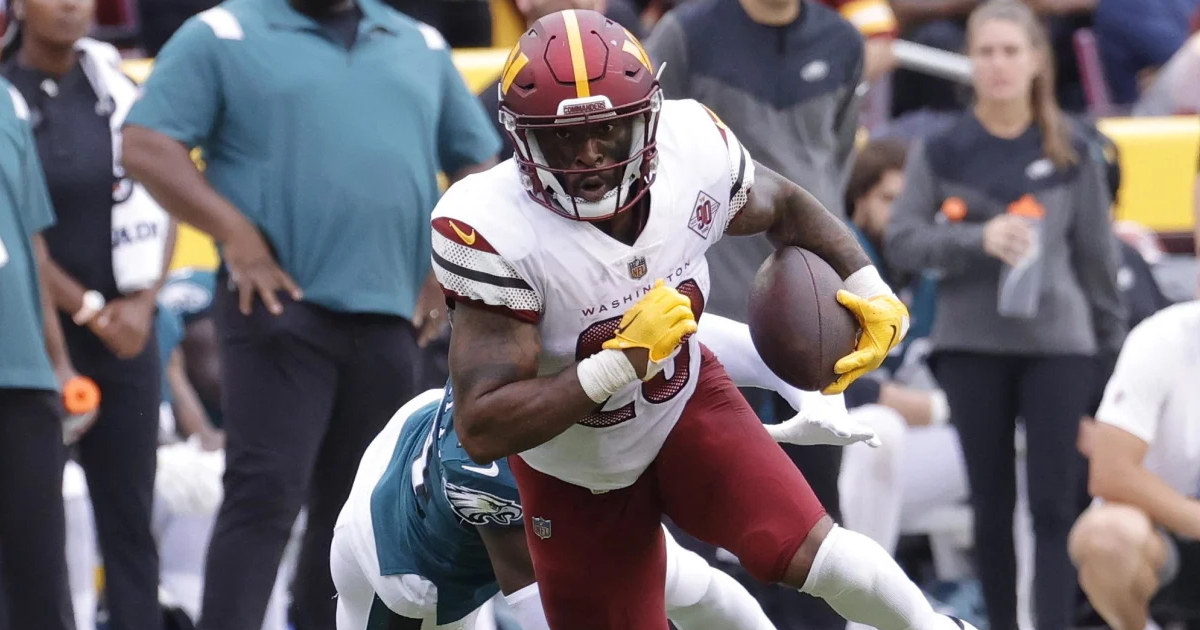 J.D. McKissic Placed on IR With Neck Injury, Season Over

The Washington Commanders placed running back J.D. McKissic on injured reserve Saturday, ending his 2022 season after doctors said his injury requires a few months of rehab. The 29-year-old former receiver has been dealing with neck issues and hasn’t dressed for a game since the team played the Indianapolis Colts back in Week 8.

Sources: The Washington #Commanders are placing RB JD McKissic on Injured Reserve, ending his season due to a neck injury that requires a few months of rehab. pic.twitter.com/aiZv6eJwEk

McKissic dealt with the same issue last season after first clearing concussion protocol in Week 12. Washington ultimately placed McKissic on injured reserve last year as well. He spoke during training camp about his journey back and how emotional of a time it was for him.

McKissic met with the Buffalo Bills in the offseason this year, who offered him a contract. One that he essentially turned down once the Commanders counter-offered the deal. That process left a bitter taste in the mouths of Buffalo’s front office, but McKissic said at the time that he went where he felt at home.

While losing JD for the season is certainly a blow, he remains one of the better receiving options out of the backfield on the team; running back is a deep room for Washington this season. Antonio Gibson and rookie Brian Robinson Jr have been carrying the load the last few games. Last week against Philadelphia, they ran the ball 49 times as a team.

We have made multiple roster moves:

J.D. McKissic Placed on IR With Neck Injury, Season Over