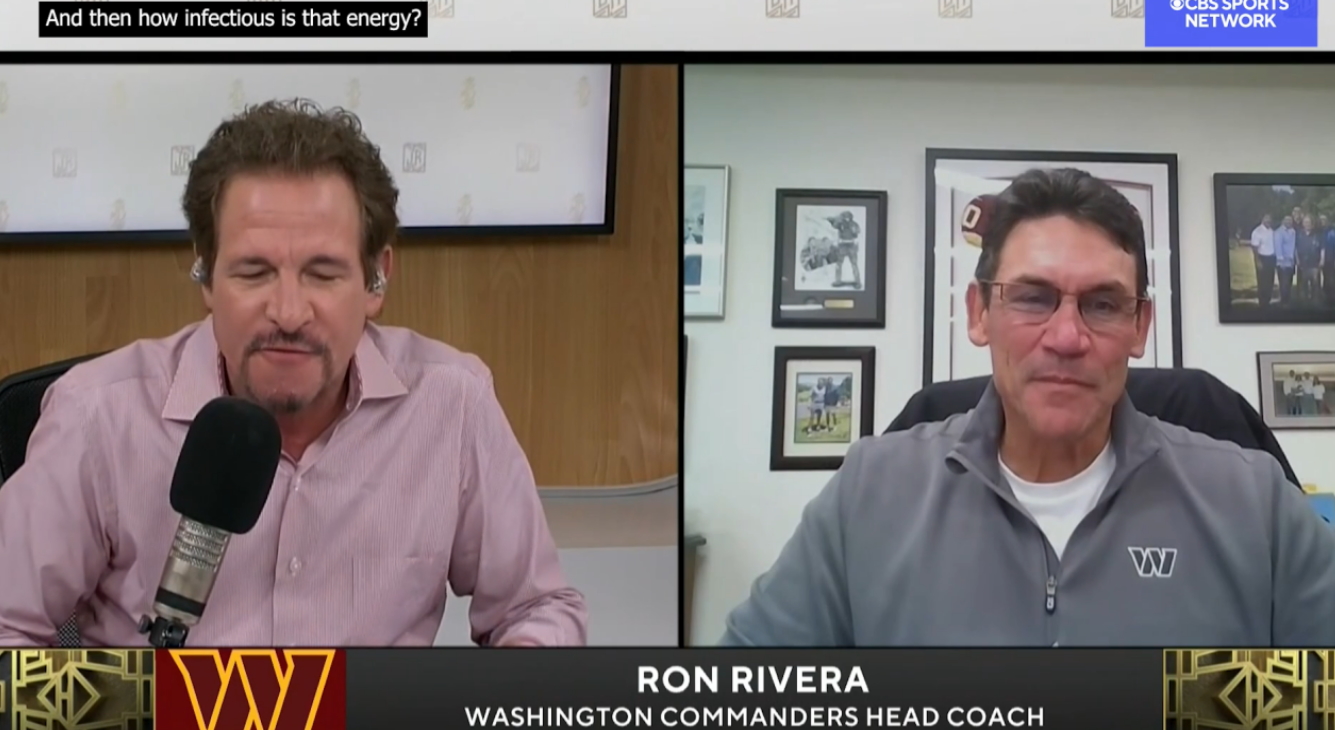 Washington Commanders Head Coach Ron Rivera was a guest Wednesday on The Jim Rome Show. Rivera and Rome talked about several topics, including what it felt like when the team was 1-4 versus how he feels now at 7-5, Taylor Heinicke, and receiver Terry McLaurin.

Washington has now won six of their last seven games and is in prime position to make a playoff push down the stretch. Rivera talks about the process with Rome and pounds it home that the team has made staying focused the main priority throughout all the off-the-field drama.

You can listen to the full interview with Jim Rome below: